This concert has already happened. You might want to check out our upcoming shows.

Ya wanna piss off the 24th Street Wailers?
Easy: Just tell them how hot their young band is.Why would that make them mad? Easy: the band hates praise that defines them by the word “young.”
“Hell, we’ve played full-time for close to five years. We’ve played hundreds of dates in bars and clubs and concert halls, and festivals from France to the USA to to the northwest territories of Canada” says Lindsay Beaver, the band’s leader, drummer and vocalist. “We’ve sold thousands of CDs. We’ve put more miles on the van than the number of wasps at a barbecue.

Experienced, road-tested and tougher than a two by four, The 24th Street Wailers are five musicians who originally met in music school. Their major influence? The sounds from the freewheeling period in the ‘40s and ‘50s when the Blues gave birth to Rock and Roll in black communities in major American cities. When showmanship mattered. When the sax player, not the guitarist, got the girls.

2012’s Unshakeable reached Top 10 on the Roots Music Report and carried the band even further — Dan Aykroyd’s House of Blues radio show called it “raw and authentically funky.” And Bill Wax’s syndicated B.B. King Radio Show on SiriusXM confirmed the band’s widespread national and international radio play. The Wailers have put the icing on the cake with a 2nd studio album, released early this year. Wicked is the CD’s title, and the adjective perfectly describes the music. Recorded in Austin Texas and produced by Billy Horton, producer and bassist for Texas rocker Nick Curran and who is also currently Jimmie Vaughan’s bass player, Wicked is a collection of 11 songs by Lindsay and Emily, with two covers, both of them considerable departures from the originals. Horton’s worked produced a who’s-who of Texas bands, and he helped put The Wailers’ drive and energy into the record’s grooves. The band’s put their autographs on a number of milestones along the road to success. They’ve been the only non-Quebec band to win both the Reléve en Blues and the Air Transat/Blues sur Seine competitions at Festiblues International de Montreal, which sent them to France to perform at The Blues sur Seine Festival. The Wailers were nominated for major Maple Blues Awards two years in a row, and for Blues Group/Duo of the Year at the Sirius XM Indie Awards. In February 2012, the band were semi-finalists in the International Blues Challenge in Memphis, Tennessee, cementing their place among their musical peers. 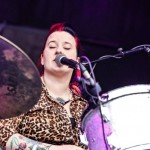 Booking their own dates — which they continue to do — The Wailers have played in some 35 major cities in Canada. The band’s played major U.S. tours, and in 2014 are set to play more than 200 shows across North America.

The band’s touring this year includes more than a dozen-two- and three–day blues, jazz and folk events from one side of the continent to the other. A highlight was Jimmie Vaughan grinning for a set while sitting side stage at one of their club dates this year and slinging guitar with them that night. Said the artistic director of one important Ontario festival last year: “(This band) is a worthy representative for the new face of the blues.”

“New face of the blues”? Yes, the band likes that. “We’re just trying to restore faith in what the Blues and Rock and Roll were meant to be,” they’ll tell you. But just don’t call the Wailers a “young” band, okay? 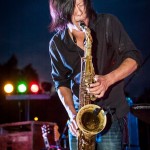 Instead of pissing them off, call The 24th Street Wailers exactly what they are: one of the hottest groups of blues rockers you can find, and one that always makes the crowd drink, dance and cheer. Tell them that and they might buy you a drink!